Strong start for Kuehne+Nagel in 2022 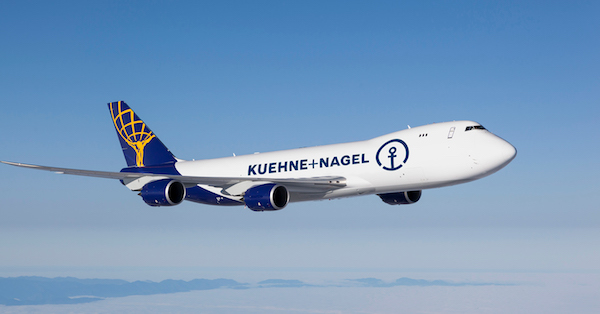 Despite increasing supply chain pressures, forwarder Kuehne+Nagel (K&N) recorded a strong start to the 2022 business year on the back of increased demand for its transport services.

Airfreight revenues for Q1 2022 were up 103% year on year, despite airfreight disruptions in the Asia-Pacific region. The forwarder’s other divisions, including Sea and Road logistics, also performed well, with total gross-profit revenues up 46% compared to the same period last year.

The forwarder was able to improve all key figures compared to the same period last year: Net turnover increased by 68% to roughly £8.4 billion while earnings before interest and tax (EBIT) soared 160% to £911 million.

Dr. Detlef Trefzger, CEO of Kuehne + Nagel International AG, said: "Strong demand for capital and consumer goods continued in the first quarter of 2022. In parallel, the already strained supply chain situation deteriorated further. Kuehne+Nagel was well prepared for this scenario and we were able to reliably meet customer demands for high-quality logistics services."

To secure airfreight capacity, K+N has sealed a long-term agreement with Atlas Air for two Boeing 747-8 freighters, which will be deployed on international routes from the third quarter of 2022.

K+N’s Road unit, meanwhile, has formed a new partnership with Google parent company Alphabet for more transparency in supply chains. As part of the Chorus research project, sensor and orchestration technologies are being developed to locate and track goods. For example, temperature or humidity data are to be processed and interpreted seamlessly through the use of AI.